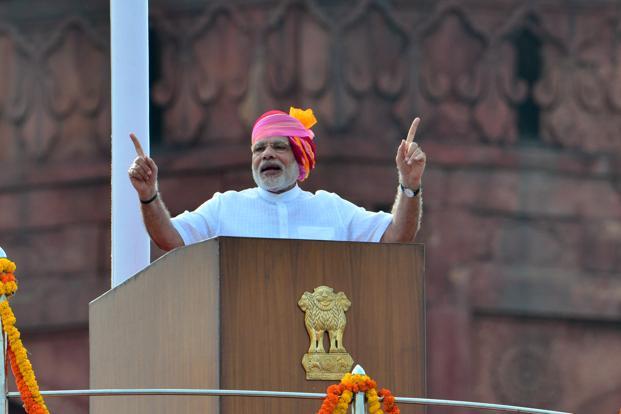 New Delhi: Prime Minister Narendra Modi during his address to the nation on Independence Day on Monday recounted various achievements of his government in railway sector and said new technology was helping his government to bring this change.

He said there was a time when railway website could book only 2,000 tickets in one minute and common man would keep waiting for the rotating cursor to stop and the rail website be opened.

He added that if one looks at different initiatives undertaken by railways, people can find wide range of work. On one hand, there is introduction of bio-toilets in trains and on the other there is a dream to bring Bullet train to India, the PM cited as examples.

He said that his government has also helped to cut down the approval time to maximum of six months. “There was a time when it would take two years for a railway project to be approved. One could see roads being laid on both sides of the track but no bridge to connect them. However, our government has cut short time for clearance to such bridges to three-four months and maximum to six months,” said Modi. He added that his government brought speedy clearance to the projects