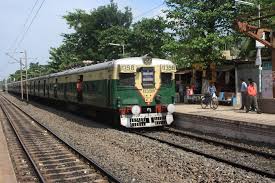 Suburban train passengers may soon get a Rail Card in place of monthly season tickets which they can also use for some retail therapy.

The public sector transporter is in talks with 31 banks to firm up the co-branding proposal, a senior Railway Ministry official said.

An estimated 1.1 crore passengers use local trains daily across the country.

According to the plan, there will be three types of Rail Cards – gold, silver and platinum.

While the silver card will be for monthly pass holders, gold cards will be issued to passengers opting for six-month duration pass. Platinum card is meant for year-long pass holders.

He said discussions are on with 31 banks including SBI, ICICI, HDFC and PNB for the co-branding exercise. “Banks have shown keen interest in the Rail Card project and accordingly agreements will be signed.”

The Rail Card will be launched in Mumbai as a pilot project before the facility is extended to other places.