Konkan Railway to Get One More Station in Uttara Kannada 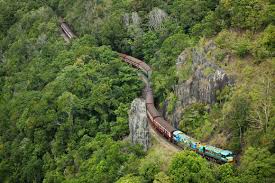 Konkan Railway Corporation Ltd (KRCL) is to construct a new railway station at Mirjan in Uttara Kannada district of Karnataka.

Railway Minister Suresh Prabhu laid the foundation stone for the new station at Mirjan on Friday.

The proposed station would be situated between Gokarna and Kumta stations of Konkan Railway in Uttar Kannada district. The station will reduce the distance between stations from 19.091 km to 11.539 km from Gokarna, and 7.552 km from Kumta. This station will be constructed at a total cost of ₹12.45 crore.

At present, commuters from Mirjan are dependent either on Gokarna or Kumta railway stations for their travel to Mumbai and Bengaluru.