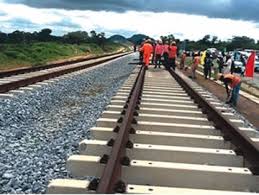 In a meeting held by newly appointed CR Divisional Railway Manager Ravindra Goyal Tuesday, he said increasing reliability of assets and minimising disruption of services by correction of defects will be the immediate goal.

“The aim is to bring about preventive maintenance. Not only will number of disruptions be reduced but response time to look into complaints will be curbed,” said Goyal.

CR has been a witness to increasing disruption of services and breakdowns due to multiple technical failures and human errors in the past few months. “CR will look at increasing number of blocks to repair tracks without affecting services so that disruptions can be brought down. Monitoring of operations will be improved to increase punctuality,” Goyal added.

Officials said that a caution-order will be brought in to reduce garbage thrown on tracks that cause asset-failures.

“Many portions between Masjid-Sandhurst Road stations and Roha witness a large amount of garbage dumping. Though we try to clean it through a regular process of mud-pumping, it does not suffice. Raising caution-order against this will be the aim,” he added.

A meeting between the Mumbai Rail Vikas Corporation and railway officials will focus on completion of work for the fifth and sixth lines between Thane and Diva stations, officials said.

The lines will be exclusively reserved for running long-distance trains without affecting suburban commute.
“Post Ganpati festival, we will try to introduce more blocks, which will assist in faster completion of the fifth and sixth lines between Thane-Diva stations. Also, efforts are on to make sure punctuality of suburban services is maintained with running of long-distance trains.”