Railway Passengers to Get Free Wi-Fi at 8 Stations 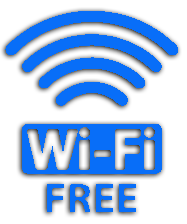 The users can follow instructions on their mobiles to avail the high-speed wi-fi for the first 30 minutes after which the speed will drop and the user must login afresh.

Presently, Mumbai Central is the only station which has the free wi-fi facility from the among the 100 across the country announced in the last Railway Budget.

All Ola cabs will have auto connect Wi-Fi: Co-founder

Other facilities thrown open were a graden at Dadar station, a bio-toilet for handicapped, an airconditioned dormitory and water recycling plant at Chhatrapati Shivaji Terminus, deluxe toilets at Kurla and Thane, toilets at Mahalaxmi, Khar, Kalyan and Govandi.

In his address, Prabhu urged railway officials to increase their interaction with the state government and municipal authorities for better delivery of passenger amenities in the vicinity of the railways.


SOURCE :The Times of India