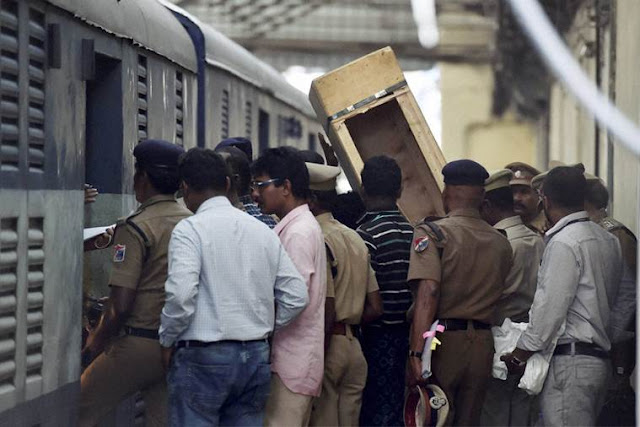 New Delhi, Aug 10 () Railways has ordered an inquiry into the Chennai train robbery incident and sought a detailed report from the department concerned at the earliest.

In a daring heist, Rs 5.78 crore were stolen from the train at Chennai Egmore station. The stolen money was part of the Rs 340 crore cash being sent to Reserve Bank of India from Salem in Tamil Nadu.

According to Railways, loading of consignment carrying cash was done directly from truck to the cargo coaches in the presence of local police and no RPF personnel was present there as per the provisions.

The official said no information about carrying out high value property was given to RPF. The train carrying the consignment also did not suffer any undue detention en route.

He said after arriving at the Chennai Eggmore station, the seal and padlock of the cargo van carrying the consignment was found intact and thereafter it was detached and kept at the station parcel siding under police protection.

However, later on, when one side door was opened in the presence of representatives of consignee and escort, a cut on the roof of the cargo van was noticed and some wooden boxes were found broken and currency bundles were found in open.

The official said Tamil Nadu DGP has also been requested for necessary action in this regard.

SOURCE : The Times  Of India