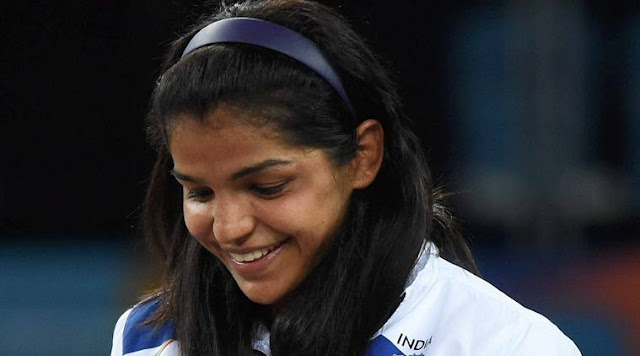 The Railway Ministry had announced that handsome cash awards of Rs 1 cr, Rs 75 lakh and Rs 50 lakh will be given to medal winners.


India’s first medallist at the ongoing Rio Olympics, wrestler Sakshi Malik will be rewarded with a cash award of Rs 60 lakh by her employers Indian Railways for her bronze winning feat in women’s 58kg freestyle category.
The Railway Ministry had announced before the start of the Games that handsome cash awards of Rs 1 cr, Rs 75 lakh and Rs 50 lakh will be given to medal winners and a further Rs 10 lakh for qualifying.
“It was the proactive approach of president Railways Sports Promotion Board (RSPB) Pradeep Kumar, who was instrumental in raising women’s wrestling team and positive approach of the Ministry of Railways, who declared the awards not after Olympics as they usually do but prior so that there is an added motivation,” RSPB secretary Rekha Yadav said.
“The Indian Railways is proud of both its wrestlers Sakshi Malik and Vinesh Phogat. Sakshi is currently a senior clerk with Northern Railways. She will be promoted to the rank of a gazetted officer,” she added.
The Indian Railways are planning a grand felicitation for Sakshi to celebrate her stupendous feat.