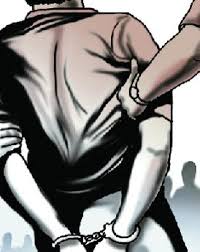 BHUBANESWAR: Skeletons continue to tumble out of the cupboard of railways with Chandrasekharpur police here on Friday arresting another employee of the East Coast Railway (ECoR) in connection with the fake recruitment racket. The accused was identified as Ashok Mallick, a senior technician posted at the coaching depot in Mancheswar here.

So far, 11 persons, including eight railway employees (both permanent and contractual employees of ECoR and south-eastern railway) have been arrested in the past few months on charges of cheating job aspirants of lakhs of rupees by promising employment in the railways.

"Mallick is part of the racket. He played a key role in giving training to the duped job aspirants in the coaching depot after giving them fake offer letters. We have also information that he invested huge money (collected from youths) in an Odia movie. We are verifying it," said DCP Satyabrata Bhoi.
On September 12, the ECoR recommended CBI probe into the fake recruitment racket against the backdrop of the arrest of some railway employees. "We suspect a bigger criminal racket is involved in collecting money from gullible youths with the false promise of giving them employment in the railways," a senior ECoR officer told TOI.

The ECoR's vigilance wing is conducting internal inquiry to find out the possible complicity of railway insiders in the racket. "Our vigilance wing cannot unearth the nexus as the crime involved interstate racketeers. Only CBI can go to the root," the officer said.