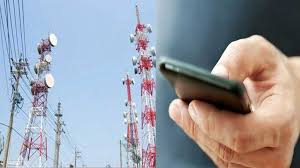 NEW DELHI: To check call drops and poor voice quality at platforms, Indian Railways is in talks with telecom operators Reliance Jio, Airtel and Idea to have boosters at 5000 railways stations across the country.

There have been complaints of poor phone connectivity at railway stations and passengers used to suffer during their journey time. Some telecom companies came up with the idea to install boosters and towers to improve connectivity.

According to railways, Reliance Jio has confirmed while talks are on with Airtel and Idea for the same.  Boosters will be put at nearly all stations having a sizeable footfall.

“Railway has been taking measures to improve facilities provided to passengers and has announced several measures to make their journey comfortable,” said a railway official.

Railways is also working to provide internet connectivity at railways stations and Google has joined hands to provide data services at 100 major stations. Talks are also going with Facebook to extend the service at smaller railway stations and extending it to even villages in the vicinity.