Railway Stocks Soar up to 40% Since Budget, 240% Since Prabhu Took Reins 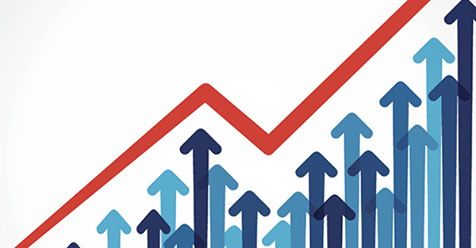 NEW DELHI: Railway stocks have been on a firm track this year, with select counters rising as much as 40 per cent since the Rail Budget and up to 240 per cent since Railway Minister Suresh Prabhu assumed office on November 9, 2014 amid optimism that the government-led infrastructure push in the sector will keep the health of related companies in the pink of health.

The Finance Ministry recently gave nod to a proposal to merge the rail budget with the general Budget, i.e. there would not be a separate Rail Budget from FY17.

The news, though, has failed to put the brakes on rail stocks, which have performed well since the annual budget on February 27, thanks to swift project approvals.

Shares of Titagarh Wagons are up 28 per cent while Hercules Hoists and Siemens have jumped 27 per cent each since the budget. Kernex Microsys, BEML, Stone India, Texmaco Rail and Kalindee Rail have advanced up to 20 per cent during the same period.

Shares of Titagarh Wagons are up 28 per cent while Hercules Hoists and Siemens have jumped 27 per cent each since the budget. Kernex Microsys, BEML, Stone India, Texmaco Rail and Kalindee Rail have advanced up to 20 per cent during the same period.

A total of 12 rail-linked stocks have seen 25 per cent jump in market value since budget and 43 per cent during Prabhu's tenure so far.

"To accomplish his vision, Prabhu has announced investment of $140 million over next five years to improve the infrastructure and mobility of services. He is in advanced stage of finalising a proposal to create a $5 billion fund to finance various infrastructure projects. Due to insufficient capital, expansion of infrastructure and capacity augmentation did not happen for a long time," said Abnish Kumar Sudhanshu, Director & Research Head at Amrapali Aadya Trading & Investments.

Ever since Prabhu assumed office, shares of MIC Electronics have surged 239 per cent, those of Titagarh Wagons 127 per cent, BEML 58 per cent, Siemens 43 per cent and Hind rectifiers 43 per cent.

"Gradually, infrastructure funds are getting a push and different projects are taking off. Railways is set to play a larger role in GDP creation. Hence stocks serving Railways are set to benefit. We believe ending of a separate railway budget is not going to impact these stocks negativelyIt will give the Railways more operational freedom," Sudhanshu said.

In an interview to ET, the minister said: "I think it's the most logical thing if you want a financially healthy railway system... We should have a unified approach towards national priorities," Prabhu told ET in an interview.

"Railways shouldn't work in isolation. Nowhere in the world does the Railway have a separate budget," he said.

Meanwhile, shares of Kernex Microsys and Hercules Hoists fell 33 per cent and 14 per cent during the period. Stone India, Texmaco Rail and Kalindee Rail were some of the stocks which have gained up to 12 per cent during Prabhu's tenure so far.