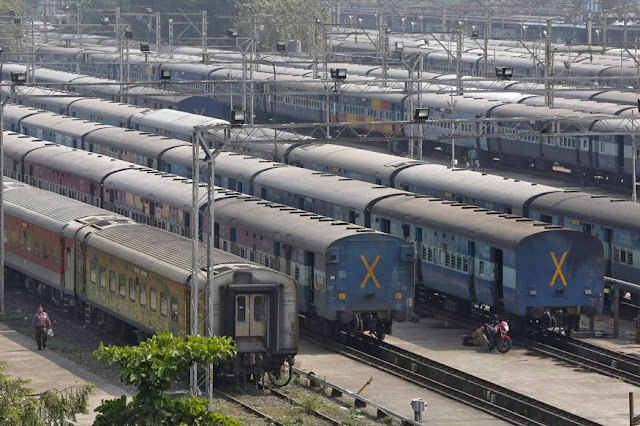 The Indian Railways on Thursday introduced a sub-quota of 33 per cent for women in allotment of each of the reserved catering units and also launched a new 'Train at a Glance' and time table effective from October 1.

Railway Minister Suresh Prabhu said: "The introduction of new policy providing sub-quota of 33 per cent to women in catering units is a step towards women empowerment and their increased participation in the railways."


He also said that the Railways will continue to introduce such new reformative steps.

According to the ministry, 33 per cent sub-quota reservation for women shall ensure allotment of minimum 8 per cent stalls to women at A1, A, B and C category rail stations and minimum 17 per cent at D, E and F category stations.

The highlights of the improvements planned in the new time table -- that will come into effect from October 1 -- include the specifics of the four new brands of train products.

"In this timetable, we have reduced the journey times in 350 existing trains, 75 of which have made it to the superfast category," said Prabhu.

"We have converted 240 operational halts into commercial stoppages and have for the first time provided in the time table, train connectivities to the north-eastern states of Tripura, Manipur and Mizoram," he added.

Also incorporated in the time table are 36 new services, some of which have been introduced in this financial year. Some of these will be coming soon, like the 10 up and down Humsafar trains, seven Antyodaya, three Tejas and three UDAY trains, besides a number of other mail express trains, extensions, increase in frequency, diversions etc.

"The Humsafar would be the fully-AC service with optional catering; Antyodaya, the long distance unreserved superfast train for common man; Tejas will have all modern on board features like entertainment, WiFi and local cuisines etc; and UDAY will be an AC doublecker train on the busiest routes," it added.