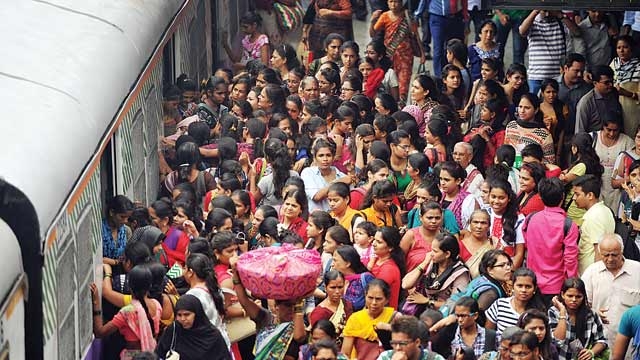 The railways has decided to colour-code its dustbins so as to separate wet and dry waste at the station itself. Railway stations, thanks to the 2.3 crore people who use them on a daily basis, are a huge source of waste, said officials.

In a statement, the railways said in order to carry out efficient disposal of waste, it has decided to provide separate dustbins for collection of biodegradable (wet) and non-biodegradable (dry) waste on platforms and all passenger interface areas in A1 and A category stations, apart from the vending stalls.

"There will be two different colours – green for bio-degradable wet garbage and black or non-biodegradable dry garbage. The zonal railways will ensure the provision of separate dustbins for segregated collection of garbage at all A1 category stations immediately, followed by A category stations on or before December 31," said an official.

Railway staff will also be trained to ensure this separation, said officials. "This includes vending stalls and pantry staff. A standard operating procedure is already in place for them and its implementation will be made stricter," said the official.

The officials, however, said the biggest factor for the success of this initiative continued to be the passengers themselves. "We can do all we like but if passengers don't help us, then we are in a bit of a problem. While a small percentage of passengers have started throwing waste in dustbins on platforms, several of them don't. The choking of railway culverts is a painful reminder that a lot of us are still not using dustbins enough," said an official.