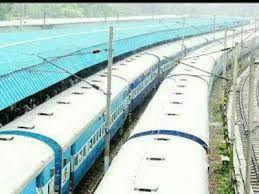 VADODARA: Vadodara will contribute immensely to the development of railways in the country through country's first railway university.

This is what Prime Minister Narendra Modi said after inaugurating the new Vadodara International Airport building at Harni on Saturday.

"Vadodara is known as Sanskarnagari but it is also known as an education hub. It has made a name of its own in technical education. Vadodara and Vallabh Vidyanagar have done remarkable work in this direction. And hence considering this, government of India has taken an important decision whose impact will be felt throughout the century. This is to set up country's first railway university," said Modi. "If the entire world has reached at 100th place in railways, India stands at tenth position. Even today, our coaches, their speed, the way they are given signals, remains the same. World has changed. Many technological advancements have happened. Indian railways can also make that change happen through technological advancements. To provide an impetus, government has selected Vadodara for setting up the railway university," he said. TNN