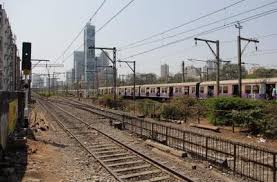 Chennai: Can container trucks run on railway tracks? From December this year, Southern Railway plans to implement this concept, which is an amphibian-machine known as road-railer, on a pilot basis to transport cargo from Chennai to Delhi. This is a fresh initiative being implemented to give a boost to the freight-earning potential of Indian Railways and capture the lost market from road transport.

Explaning the concept, a senior railway official said the cargo-containers can be brought by road on trucks from a godown and directly coupled with the railway bogies at the railway terminal without having to unload them. At the destination, these containers can be mechanically de-coupled and driven away by a truck.

This concept, already in use in foreign countries like the USA, has been developed by the private sector engineering conglomerate Kirloskar and was in the proposal stage for more than a decade, said sources in Southern Railway. This is one of the latest schemes of Indian Railways to give a boost to the freight traffic and give a stiff competition to movement through road transport, the source said.

"This process is much faster and goods packed at the godown can be directly delivered to the customer's destination. The total process of trans-shipment, where containers are brought to the freight terminal and then again re-loaded onto the railway wagons, is totally eliminated in the road-railer," the official said.

The railways now manually lift the containers from trucks by using huge cranes and other heavy equipment. For this, significant manpower has to be deputed and the process is time-consuming. The concept of road-railer aims to facilitate faster movement of goods; many freight-customers of the railways have complained about the slow movement of cargo through trains and damage to goods as well. Under the new concept, the railways will need to invest less as freight terminals will not need heavy equipment, the official added.

Each road-railer rake can have a maximum of 50 wagons, each of which can carry 40 tonnes of cargo, the official said.

SOURCE : The Times of India