Your Train Ride is Going to Get Better: Indian Railways to Launch Coaches with Glass Ceiling 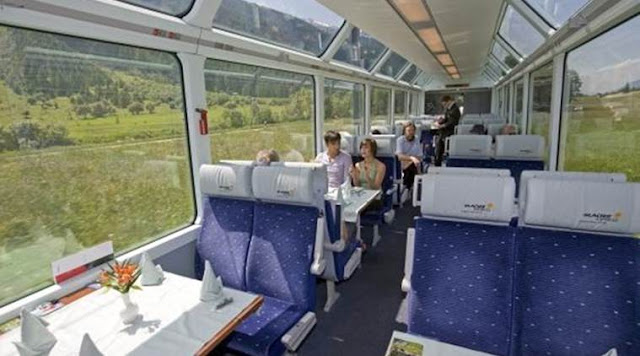 Indian Railways is coming up with a new, state-of-the-art train which will have a glass ceiling and an infotainment centre to make the journey more enjoyable.

“The basic objective behind such a project is to promote tourism and woo upscale tourists from both India and abroad,” Dr A K Manocha, IRCTC Chairman and Managing Director said. The

construction of the coaches started in 2015, which are designed by the Indian Railway Catering and Tourism Corporation (IRCTC), Research Designs and Standards Organisation (RDSO), Integral Coach Factory (ICF) in Perumbur.

“The first such coach is all set to roll out this month (October) itself,” said Dham Ghaj Prasad, Group General Manager (Infrastructure), IRCTC. Another three coaches will be rolled out in December this year.

“The first coach will be tagged in a regular train in the Kashmir Valley while the other two will be part of some train careening through the picturesque Araku Valley (K K Line, Waltair station) on the South-Eastern Railway,” Manocha said. “There are some trains with glass ceiling in foreign

countries, like Switzerland, which enjoy the patronage of tourists. We believe such coaches would also give a fillip to rail tourism in India,” he added. He also said that other trains having coaches with aerial view will be decided later.

The manufacturing cost of a single coach is Rs 4 crore, “The coaches will be ultra luxurious with rotatable chairs to provide the passengers an aerial view through partly glass ceiling,” describing the interiors of the train. He further said that the coaches will have large leg room for a comfortable journey.